The North American Dakota Indians have a saying: ,,When you’re on a dead horse, get off it.” Here, some people seem to have another strategy however: Invite the dead horse over to your house to have him repeatedly say ‘somos hermanos’ and then deliver promises that he will suddenly get healthy so we can all ride off into the sunset, just like in the movies.
This is exactly what happened this week. With the Venezuelan state owned PdVSA’s contract to run Curaçao’s refinery (Isla) expiring at the end of 2019, Mr. Manuel Quevedo, Venezuelan Oil Minister and president of the Venezuelan state oil company PdVSA, during a blitz meeting at Isla made some vague promises about starting up of the Curaçao refinery - lack of crude shipments has left Isla largely inactive - and the interest of PdVSA to remain as the operator after 2019. Those present applauded like giddy school kids and then he left. No one questioned him, no one pressed for details. 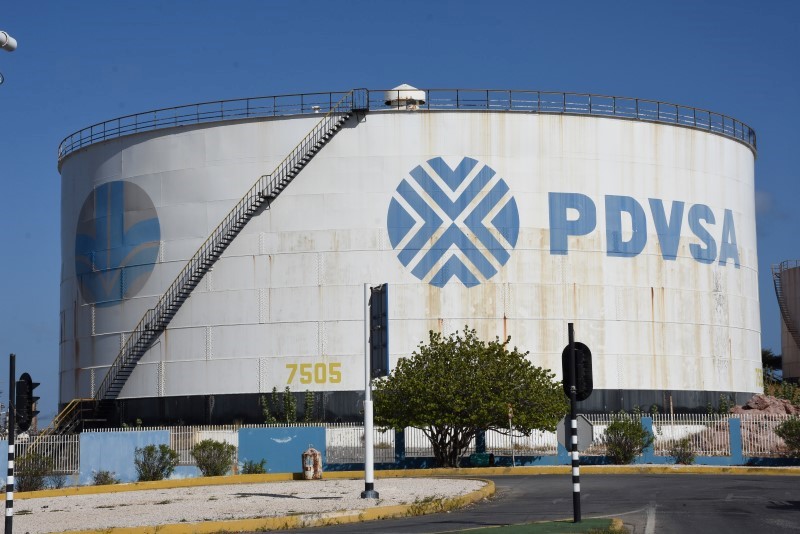 Fact is that PdVSA is currently held together by some duct tape. Economic mismanagement of the company and large-scale corruption has meant that Venezuelan oil production has collapsed. Deteriorating infrastructure, lack of investment and PdVSA’s inability to even pay some of its workers has led to mass resignations in recent months. PdVSA’s financial disarray is even putting future crude oil supplies at risk. Do we not know this?
Fact is also that Venezuela’s bff, China, is about to drop PdVSA from a planned $10 billion oil refinery and petrochemical joint project in southern China. The reason is the deteriorating financial status of PdVSA over the past few years.
Do we not remember that in mid-2016 our Prime Minister went to Caracas on what should have been a high-level summit about Isla’s future? Instead he was humiliated, left waiting for hours without being able to talk to anyone. Later, the Venezuelan Energy Minister declared that PdVSA had no money for Isla’s upgrade.
Did we not wonder how PdVSA is going to keep its promises while it’s barely surviving? Do we not see how some groups, unions and individuals are playing cahoots or even worse, are colluding with Caracas to keep PdVSA operating as a bastion of support for the corruption-riddled failed Chávez/Maduro socialism? What’s wrong with us?
If these people are given a free pass, the future of our refinery will be compromised. It’s therefore imperative that the process of finding a responsible partner for Isla not be derailed. We need sanity, transparency and accountability, not dead horses.