By dr. Emsley Tromp The Dutch government recently submitted a document to the governments of the so-called CAS islands (Curaçao, Aruba and Sint Maarten). The document contains a comprehensive set of policy intentions directed at improving the welfare of the citizens of the CAS islands. While the objectives are laudable, the manner of presentation was unnecessarily provocative.

The policy intentions presented in the matrices that accompanied the document are necessary and long overdue. Effective execution of the proposed analyses and the eventual implementation of the recommendations certainly will contribute to improving macroeconomic policy and eventually the living conditions of the citizens of the CAS islands.

However, despite the well-intentioned policy objectives contained in the document, it is remarkable that Holland, a country where transparency and good governance is as fundamental as air and water, would introduce this document the way it did. It was presented as a ‘secret document’ and the CAS governments were afforded only four days to provide comments on a 218-page document that has far-reaching consequences for the islands. If the integrity of the process of dealing with this document is not protected, the document is doomed to fail.

Interestingly, many of the policy intentions contained in this document are reminiscent of the policies pursued by Holland during the KabNA period (Kabinet voor Nederlands-Antilliaanse en Arubaanse Zaken). What comes to mind are the various entities like the NPMNA (Participatiemaatschappij) that was formed to help produce the necessary economic activities in the Netherlands Antilles. However, in a reversal of the Dutch government’s earlier policies toward the former Netherlands Antilles, those entities were eliminated prematurely. A careful analysis of the document reveals some disturbing fallacies on which it is premised. The document errs for example, on defining the issue of the labor market reform without conducting an informed analysis of the problem. If the analyses and eventual solutions are based on unsubstantiated allegations or faulty analyses, the eventual recommendations will not contribute to solving our problems.

The issue of the labor market is not only one of flexibility but also one of mobility. The various verdicts of the Court of Justice will lead one to conclude that our labor market is not as rigid as it may seem at first glance. Yet given the size of our market and the mobility of especially skilled labor within the Kingdom, any adjustment or shift of demand for labor will be followed by a commensurate adjustment or shift in the supply of labor. The observed outcome is the result of the free interaction of supply of labor with demand for labor. Periods of low demand for labor are accompanied by emigration of skilled workers to Holland. The issue of the unacceptably high unemployment of the low skilled segment of the labor market is more the result of a mismatch between supply and demand than the rigidity of the marketplace.

The document seems to indicate that domestic consumption should be stimulated. In a small open economy, the balance of payments is a binding constraint for domestic consumption. Unfettered consumption will bring its pressure to bear on the foreign exchange reserve of the country, hence undermining the stability of the peg. Another important issue is that no due consideration is given in the document to the scale problem of the small size of our economies. The efficiencies of certain operations may be limited to the size of our markets. In the utility sector, for example, the issue of a minimum efficiency scale can be critical with all its consequences for the cost of doing business - an objective of the document. On the one hand, the document recognizes the budget constraint of the public sector; on the other hand, it contends that the necessary structural measures in principle must be financed by the government. This contention is tantamount to ensuring that those reforms (an objective of the document) will never be implemented.

It also creates unnecessary uncertainties by remaining uncommitted a priori to the extent to which the Dutch government will finance the necessary reforms. This uncertainty surely will not contribute to improving the investment climate - an objective of the document. Most of the deficiencies in financial management in the public sector are the consequences of past fiscal consolidations. To meet agreed-upon targets, the government implemented personnel reduction without due regard to the necessary specialties and skills for the government apparatus.

Another issue in the document that overlooks our realities is the contention that our wage bill should be in line with that of our Caribbean peers. To entice our graduates to return to our islands, our salaries and fringe benefits ought to be comparable to those of our competitors in Holland and the United States. No graduates will leave a well remunerated job in Holland for Caribbean wages. With regard to the financial sector of Curaçao and for that matter that of Sint Maarten and Aruba as well, the following can be stated. The lion’s share of our market is being served by institutions owned by well-regulated foreign shareholders. To infer that the stability of the sector is at stake because of one bank failure, an inference made in the document, is highly speculative and baseless. What boggles the mind, however, is the fact that while the document purports to improve the welfare of the citizens of the CAS islands, repressive judicial measures are exempted from any fiscal consolidation at the expense of much-needed improvement in the areas of education, healthcare, and poverty reduction - objectives of the document.

Despite the document’s policy objectives, which certainly would contribute substantially to the quality of policymaking in the CAS islands, the document has been resolutely rejected by all three islands. In the case of Sint Maarten, the government’s decision also is supported by a motion of parliament. All of these rejections are based on political grounds and the fact that the document undermines the pillar of democracy, namely, the budgetary power of parliament. The question becomes, given the far-reaching impact of the coronavirus on the economies of the CAS islands and its citizens, what is the best way forward? Given the inalienable budgetary power of parliament, ways and means must be found for how to move forward.

The case of Aruba is certainly different from that of both Curaçao and Sint Maarten. If Aruba is accorded the same treatment that Curaçao and Sint Maarten were accorded in 2009 for the acceptance of supervision by the Kingdom Council of Ministers (RMR), then Aruba should accept this proposal outright with due regard to the budgetary power of parliament. Not only will this substantially improve the quality of policymaking in Aruba, but it also will lead to an immediate drastic reduction of Aruba’s debt-to-GDP ratio from its current unsustainable level to 30%, and it will free up the much-needed financial resources currently allocated to meet the interest expense to service the current outstanding public debt. This acceptance very well may lead to a situation of structural surplus on the overall balance of the Aruban government’s budget.

The cases of Curaçao and Sint Maarten are different. Their experiences with the RMR supervision have been marred by failure. The RMR has not been able to discharge its supervisory function in an effective way. Despite the Rft and its constituent body, the Cft, the RMR has failed miserably. The debt-to-GDP ratio for both countries even when corrected for the impact of the corona virus crisis has been increasing steadily since 10-10-‘10 undermining the stability of public finances on both islands. Therefore, a word of caution is in order with respect to creating new institutions to discharge functions they may not be equipped to do. If we are to achieve the overall objectives of the document, I suggest that the document does not go far enough to address the structural imbalances in the context of the size of our economies for several reasons. For one, the merit of having a central bank depends on the decision of whether to dollarize or not. For a second reason, the functions of the SVB, APC, Korpodeko and Obna can all be done on the Kingdom level through existing Dutch institutions thereby structurally reducing the cost to society.

If we are to create sustainable public finances and sound macroeconomic policies, the size of the public sector must be consistent with our economic realities. However, if we are to reconcile our hopes and aspirations with the Kingdom realities, certain basic government functions can be guaranteed only by achieving scale economies on the Kingdom level. Therefore, the way forward dictates a much broader discussion than is allowed in the current approach adopted by the Dutch government. I therefore recommend that the current discussion in the context of the coronavirus crisis be discontinued. Curaçao and Sint Maarten should seek unconditional local bridge financing for the balance of the year to accord them the necessary fiscal room to address the imminent collapse of our productive capacity. Concomitant with this request, they should continue to work together with the Dutch government to determine the best way to implement the necessary policy intentions contained in the document with due regard to the budgetary power of parliament and the creation of an efficient and effective institution to achieve the overall objectives for the two countries. 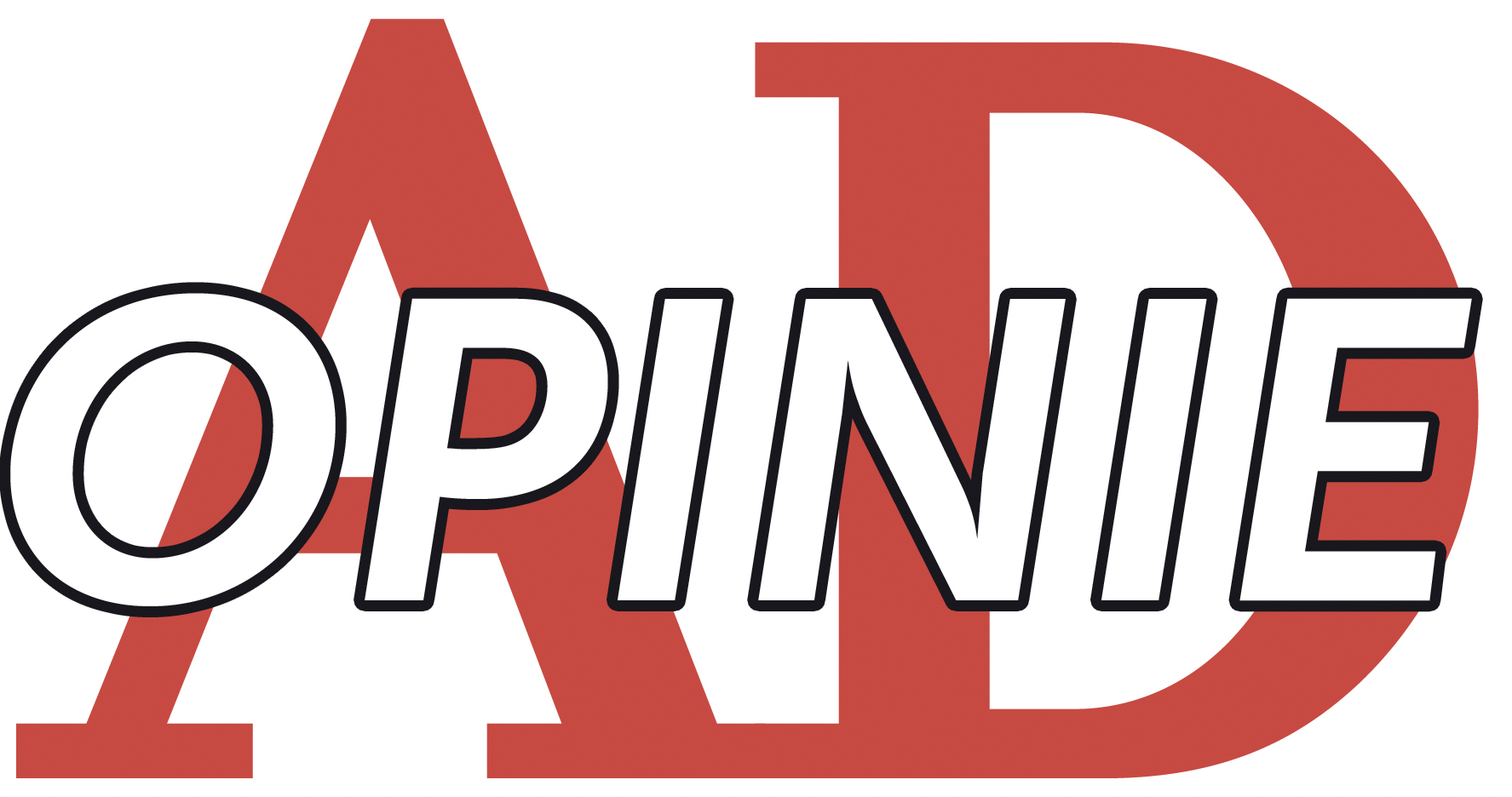