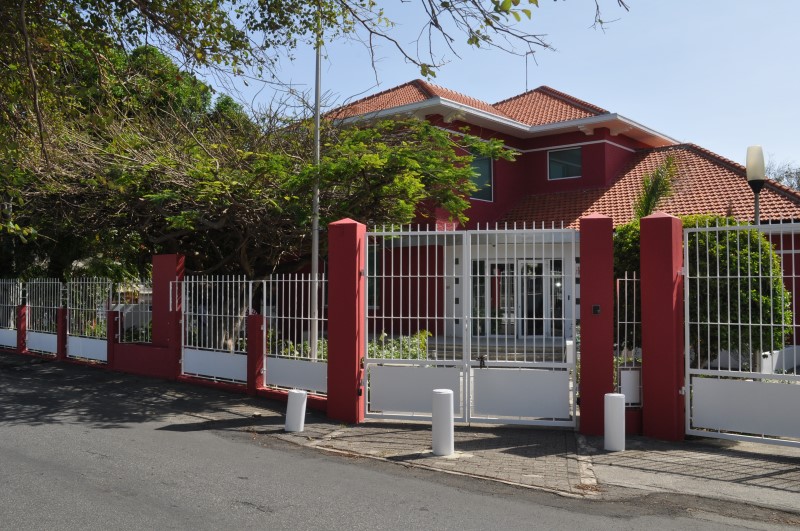 Of course, we now know that we were played by a bankrupt GZE which had never before built a refinery. He also announced that China had promised that Curaçao would become a hub for the financing of the Caribbean-wide Chinese initiative. No one ever questioned why China would do this since Curaçao doesn’t have a Double Taxation Agreement with China, making it impossible to compete with Barbados and Jamaica that do. Curiously, more questions regarding this Beijing trip were asked by The Hague than Willemstad. It’s important that we ask ourselves what we want with China. Fòrti has recently signed many MoUs with Beijing, hoping for that silver bullet that will solve our problems without any need for structural reforms. These MoUs have amounted to nothing, however. Turns out it doesn’t pay not having a strategy.

Let’s start with what China wants. While a clear answer still eludes us, there are a few main takeaways. China has positioned itself as anti-colonist even though Beijing’s imperialistic moves in Hong Kong and South China Sea, land grabbing in India and unwanted meddling with Tibetan Buddhism, are hardly unnoticeable. It rarely interferes in internal affairs (unless it involves Chinese interests, see the 2011 Zambian elections), it doesn’t question poor governance, human rights violations or the country’s indebtedness before lending to money-hungry governments. It’s not surprising that some local politicians see China as the best game in town these days, and a veritable alternative to The Hague’s insistence on good governance and sustainable financial management as pre-conditions for financial assistance.

There should be no doubt that China is establishing itself as a formidable player in our region. To be honest, not all of this is due to careful planning by Beijing, but a result of disengagement by the US and Europe which has driven many Caribbean countries into the arms of China, especially now that Beijing is filling the void left behind by the US on climate change. To reverse this trend, the region needs to trust Washington again.

China always prefers a long-term view when it comes to geopolitical strategy. At the end, the most important policy goal is to consolidate the Chinese Communist Party (CCP) which in 2121 will mark its 100th anniversary. Beijing’s strategy in the Caribbean so far has been trade, loans and investments even though the Caribbean as a whole, only represents 0.017% of all imports to China. Tourism is an area of particular interest for China and we’ll likely see more investments in tourist facilities as is the case on Sint Maarten and The Bahamas. Flights connecting China with the Caribbean are skyrocketing.

China also invests considerably in goodwill to create sympathy, but also as a way to deal with fierce criticism in the Caribbean regarding the preference of Chinese companies to work with Chinese nationals rather than local labor. Recently the Overseas Chinese Association (an organ of the CCP), the Curaçao Chinese Union Foundation and the Curaçao Chinese Business Association (which - privately - not always agrees with the official Chinese General Consulate’s stance on some issues), have joined forces and generously offered food packages for those in need due to Covid-19. The Curaçao Chinese Culture Club has also been very active as well as the Chinese Consulate General, which has been involved with aid for reconstruction of schools and Chinese medical technical assistance for Sint Maarten.

Diplomatically China wants to be able to count on China-friendly states in this region for votes in the UN to further boost its global influence and to convince the handful of countries to recognize Beijing and not Taiwan as the sole government of China. Without a doubt China’s presence in the Caribbean serves its global political goals. To many, China is signaling that it can flex its military muscles not only in the South China Sea, the Indian Himalayas and Hong Kong, but on multiple fronts, even in the Caribbean.
China is patient. China’s presence in this region is not for the moment, but it will likely stick around for the long haul. At the end of the day, China’s main goal in this region is increased economic leverage. Interesting, China doesn’t like to work with regional organizations (such as Caricom) but prefers bilateral agreements with the different actors. In doing this, China maintains competition among the islands seeking its assistance. We should realize that there is no one coherent Chinese strategy for this region, yet. China’s bilateral approach can mean more ‘self-interest’ for both parties. It means however also that small islands with very limited resources are at a disadvantage to negotiate with this Asian giant. Curaçao needs to prepare and debate a good strategy regarding its relationship (of our autonomous responsibilities such as economics, finance, infrastructure) with China. Unfortunately, this almost never happens.